We are not able to run any events at the moment, due to the Covid pandemic.

We launched Bromley Living Streets at a packed live event back in 2019, at Bromley Central Library.  Please read our press release below to find out who joined us and presented at the inaugural meeting of our new campaign group. 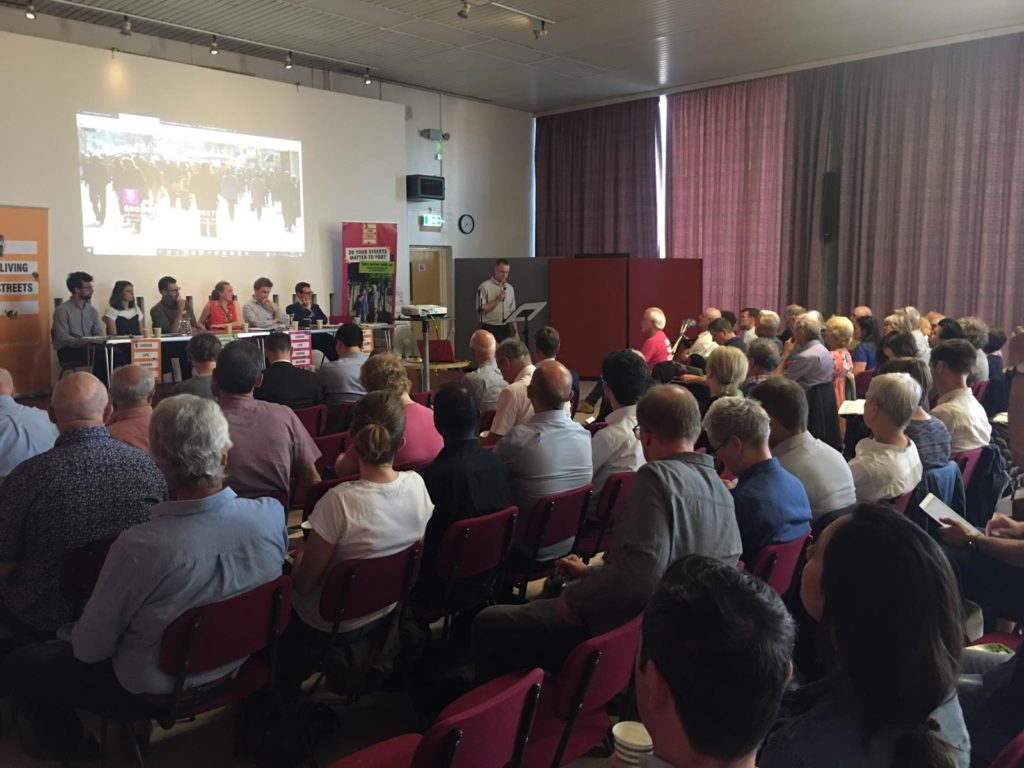 After introductions from Bromley Living Streets chair, Brendan Donegan, a series of presentations were given, starting with a presentation on a successful campaign by local residents in collaboration with the charity Sustrans and local councillors to win funding from Transport for London to transform the area around Shortlands station into a Liveable Neighbourhood.

Catherine Maguire from the Clean Air Parents’ Network spoke about how poor air quality can lead to health problems – particularly the impact on children.  Councillor Will Harmer and Alexander Baldwin-Smith (senior transport planner in Bromley) updated the meeting on Bromley Council’s policy, Jeremy Leach from London Living Streets spoke on the positive impact of Low Traffic Neighbourhoods (groups of residential streets where ‘cut-through’ traffic is discouraged), and Annie Miller from Sustrans stressed the importance of community engagement.   The wide range of questions and issues raised showed the importance of holding such events to engage residents with a sense of ownership of such improvement projects.  A number of innovative ideas were raised, showing the appetite for improvement.

Bromley Living Streets chair, Dr Brendan Donegan, said of the event “I was hugely excited to see so many people turn up for the event.   In recent years, Bromley has taken great strides in making streets safer and more attractive for those on foot.  The successful Shortlands Liveable Neighbourhood bid and the town centre scheme in Beckenham shows that people and not just cars are valued in Bromley. I believe this event will be the start of so much more”

Bromley Living Streets will be looking for interested residents to work on the next part of the campaign.